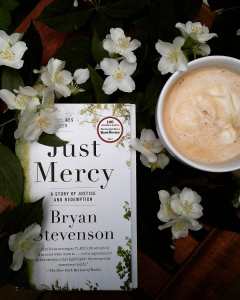 Quite frequently someone will tell me they “should read more”, as if reading is an exercise in self improvement. I mean, for sure, 100%, totally, completely, it’s true – self-improvement is a benefit of reading. It’s really a side benefit, though. Reading is purely, unreservedly, joyous. It’s soul-filling. Isn’t that why everyone reads? And if it’s not enjoyable, if it feels like a chore, why subject oneself to it?

When people tell me they “should read more”, I always suggest: read what makes you happy. It is a mistake to read books based on what you think you should read, or what you think others are reading. Don’t start by digging into the canon of classic literature, unless that’s really your thing. Don’t worry about whether you should be reading fiction or nonfiction; serious works or silly feel-good novels. Rather, start with something that interests you. Maybe that’s not a book at all – maybe it’s a magazine, or a blog. Read what you like, and you’ll likely find reading enjoyable. With just one, teeny tiny, exception…

Sometimes a book comes along that we all should read, regardless of our reading preferences. Rarely, I read a book capable of shifting perspectives, altering perceptions, and expanding cultural lexicons; and I think: if enough people read this book, it could change the world.

Just Mercy is that kind of book.

Bryan Stevenson is an award-winning lawyer and professor who runs the Equal Justice Initiative (EJI) in Alabama. He’s dedicated his career to helping people (especially people of color, people of lower economic means, and people suffering from mental health issues) fight unjust prison sentences. Just Mercy is a deep look into what he has learned over the course of his career about criminal injustice and systemic racism in the U.S.. It is equally a chronicle of empathy, compassion, and how people should be treated when they are at their worst, facing the consequences of their worst actions.

The core narrative holding the book together is the story of Walter McMillan, who was put on death row for a crime he obviously did not commit. Just Mercy details how Bryan Stevenson (and his co-heroes at EJI) fought for Walter McMillan’s release. Weaved in between Walter McMillan’s story, are many other stories of people unjustly imprisoned, and EJI’s efforts to battle a failing system.

There are so many parts of this book I could quote – shocking statistics, heartbreaking remembrances, goose-pimple-inducing moments – but it’s difficult to take any one sentence out of the larger context of the book. Each sentence seems so critical to the next, that to start with a few quotes could only result in my summarizing the entire work. Yet, I want to give you at least a tiny glimpse into why you should read it. Where should I begin?

I’m a mom of two, and kid stuff really gets to me, so the parts of the book about children serving life sentences in adult prisons really struck a chord. Stevenson explains:

“Many states had changed their laws to make it easier to prosecute children as adults, and my clients were getting younger and younger. Alabama had more juveniles sentenced to death per capita than any other state – or any other country in the world”.

At several points Stevenson talks about the prison-industrial complex (the industry of building new prisons and how it’s become highly profitable), which I found fascinating:

“The Florida Department of Corrections built the prison to house 1,600 people in the 1990s, when America was opening prisons at a pace never before seen in human history. Between 1990 and 2005, a new prison opened in the United States every ten days. Prison growth and the resulting “prison-industrial complex” – the business interests that capitalize on prison construction – made imprisonment so profitable that millions of dollars were spent lobbying state legislators to keep expanding the use of incarceration to respond to just about any problem. Incarceration became the answer to everything – health care problems like drug addiction, poverty that had led someone to write a bad check, child behavioral disorders, managing the mentally disabled poor, even immigration issues generated responses from legislators that involved sending people to prison”.

The prison-industrial complex is one factor behind why so many people have landed in prison, serving excessive sentences that don’t fit the crime committed, if they even committed the crime in the first place. Just Mercy tells the stories of people sentenced to death or life in prison, who did not commit the crime, or who did the crime but were obviously suffering a mental breakdown and unfit to stand trial. It covers the heartbreaking stories of children that were tried as adults for crimes they committed as young teenagers, and then sent into violent prison systems alongside adult criminals. It spends a lot of time on how racism leads to disgustingly high statistics of incarcerated people of color. All of this is happening, in least in part, because putting people in jail has become profitable. How outrageous is that?

Some of the most poignant sections of the book are Stevenson’s own personal experiences. He recounts meeting Rosa Parks. and it’s one of the most inspirational and hopeful moments in the book. Stevenson also shares his personal experience with racial injustice. His accounting of being pulled over by the police when he was a young lawyer is especially powerful. Stevenson’s voice – his reflections and insight – make this book soar, whether he’s telling his own personal story, or recounting the stories of others. There is an intimacy in his prose, an overwhelming sense of compassion, that makes this work of nonfiction as interesting and touching as a work of fiction.

Though the stories are heartbreaking and maddening, Just Mercy is not simply a rallying cry against criminal injustice; it’s a tender observation of human dignity and hope even in the darkest hour. It is a lesson in how progress can be made in this country, and a reminder that there is a lot of work to be done. Everyone (at least, everyone living in the United States) should read this book.